“Your Zakah, where it needs to be”

Zaid bin Khalid narrated that the Prophet peace and blessings be upon him said: “Whoever provides the food for a fasting person to break his fast with, then for him is the same reward as the fasting person, without anything being diminished from the reward of the fasting person.“ 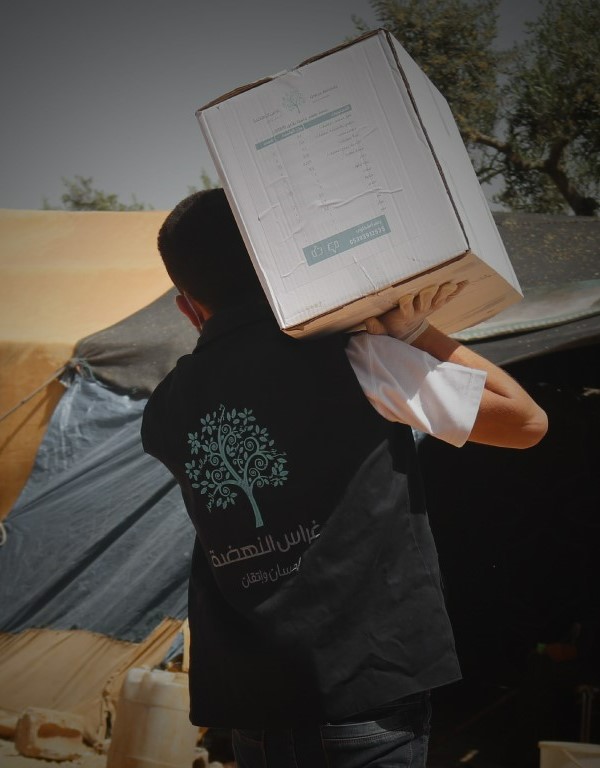 As Ramadan approaches, all eyes turn to the affected areas in Northern Syria where people suffer from poor economic and social conditions. The region has witnessed internal displacement of people from areas near the fire front lines towards the boarders with Turkey. . The latest statistics (published in February 2021) estimate the number of internally displaced Syrians to be around 2.75 million people, out of which 1.7 million live in refugee camps. They suffer from poor living conditions and are faced with the fear of the spreading corona virus. This has caused many observers to warn from the increasing risk of starvation in the region.

As we launch our 9th Ramadan campaign, we work hard to provide essential food for the people in need after assessing the current situation in coordination with other working teams in the region. Our campaign will ensure the Zakah and charity funds coming from all over the world reach the people who need it the most in Northern Syria.

We seek to provide food for 1000 needy families in four camps in Northern Syria. The campaign will provide sufficient food for Suhoor and Iftar meals throughout the entire month with an estimated value of US$ 100,000.

What do we provide for families in GAN Ramadan 9 Campaign

A food basket weighing 46 kilograms of basic food supplies enough for a family of 5-7 members.

This basket contains ready-to-eat canned food with 10 kilograms of eggs. The items have been carefully chosen so that they provide high nutritional value

A nutritious cooked meal sufficient for 5 to 7 people offered hot with drinking yogurt at the time of Iftar.